Sign in
SolarPower Europe, the German Solar Industry Association (BSW) and the Ukrainian Solar Energy Association (ASEU) have launched a widespread donation campaign, ‘Solar Supports Ukraine’ to support Ukraine’s energy infrastructure and the citizens of Ukraine.  Help us raise €300,000 to finance the installation of solar for schools and hospitals, solar off-grid trailers and solar power banks for the people of Ukraine.

Russia’s invasion of Ukraine has been raging for over 10 months. With winter fast approaching, sustained support to Ukraine is more important than ever.

As of August 2nd 2022, more than 140,000 residential buildings in Ukraine have been destroyed. In October 2022, Ukraine’s Ministry of Energy stated that around 40% of Ukraine’s energy infrastructure had been impacted.

Right now, the stability of the Ukrainian electricity grid is under constant threat. Ukrainian people lack the resources to keep themselves and their loved ones warm, threatened by daily power cuts disconnecting them from families and friends, isolating them from the rest of the world.

As communities are forced to live in widespread power outages, it is crucial to provide backup power supply sources, especially for hospitals and schools. Solar power, as a reliable, versatile, and most easily deployed clean energy source, can help support Ukraine in their hour of need.

The goal of ‘Solar Supports Ukraine’ campaign is to collect €300,000 to finance the installation of solar PV systems for 3 Ukrainian hospitals, schools, and to buy materials which are urgently needed on site: 10 solar off-grid trailers and even smaller equipment such as portable solar panels and powerbanks.

Every contribution you make counts towards helping the people of Ukraine make it through a difficult winter.

Help keep the lights on in Ukraine

SolarPower Europe condemns the Russian war on Ukraine, and calls on the solar community to mobilize support for Ukrainian resistance

The unprovoked Russian war on Ukraine has shocked the world. As reports of the brutal attacks on the citizens and cities of Ukraine worsen, the European solar sector adds its voice to the strong international condemnation of Russia’s actions.

As of August 15 2022, there have been at least 13,212 civilian casualties in Ukraine. Around 6.7 million people have been forced to abandon their homes. A small consolation at this time, our most heartfelt sympathies are with the victims and their communities. SolarPower Europe stands in full solidarity with the people of Ukraine. In line with international action to remove Russian influence from democratic forums, SolarPower Europe has taken steps to ensure this is reflected in our membership.

The European Union can only fully support Ukrainian resistance by fully divesting from Russian fossil-fuels: energy policy is security policy. Solar stands ready to accelerate renewable deployment in Europe, with 39 GW of additional solar possible for the continent by the end of 2022, eliminating the need for 4.57 BCM of Russian gas. We call on the EU to set the necessary renewable ambition, and frameworks, to accelerate faster and further away from the Russian fossil-fuel dependency funding this attack on peace.

Right now, the stability of the Ukrainian electricity grid is severely at risk, with Russian forces deliberately targeting crucial infrastructure. Almost 90% of Ukrainian renewable generation capacity is installed in areas affected by active hostilities. There are registered cases of destruction of solar, and wider energy installations, with reports of equipment theft by Russian forces. The strength and endurance of the Ukraine people depends on power continuing to flow through the country. Solar must mobilise to directly support the Ukrainian authorities, to keep the lights on and sustain communications, medical care, and clean water resources. Solar panels, inverters, batteries, generators of all scales, and other power infrastructure equipment are urgently needed.

The solar sector is built on humanitarian ideals – clean, safe, renewable energy that takes humanity further and makes the world a better place. SolarPower Europe invites our members to stand up for these ideals, and join co-ordinated support efforts through the Ukraine Solar Solidarity Taskforce.

The Ukraine Solar Solidarity Taskforce is open to all SolarPower Europe members, and will work with the Solar Energy Association of Ukraine (ASEU), together with other European solar organisations, to support Ukraine’s power infrastructure needs. The Taskforce will develop and deliver equipment and expertise to the people on the ground in Ukraine.

Together, the solar community can support a brighter future for Ukraine.

The Ukraine Solar Solidarity Taskforce will work with the Solar Energy Association of Ukraine (ASEU), and other European solar organisations, to support Ukraine’s power infrastructure needs. The Taskforce will develop and deliver equipment and expertise to the people on the ground in Ukraine. 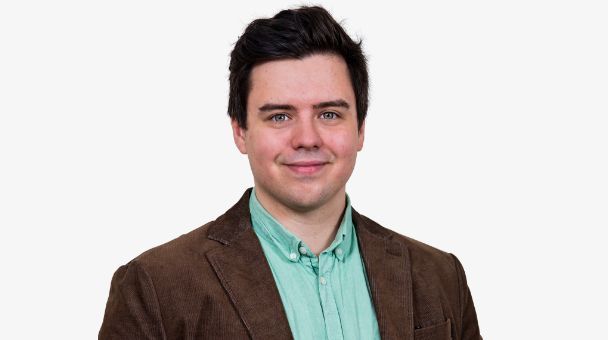