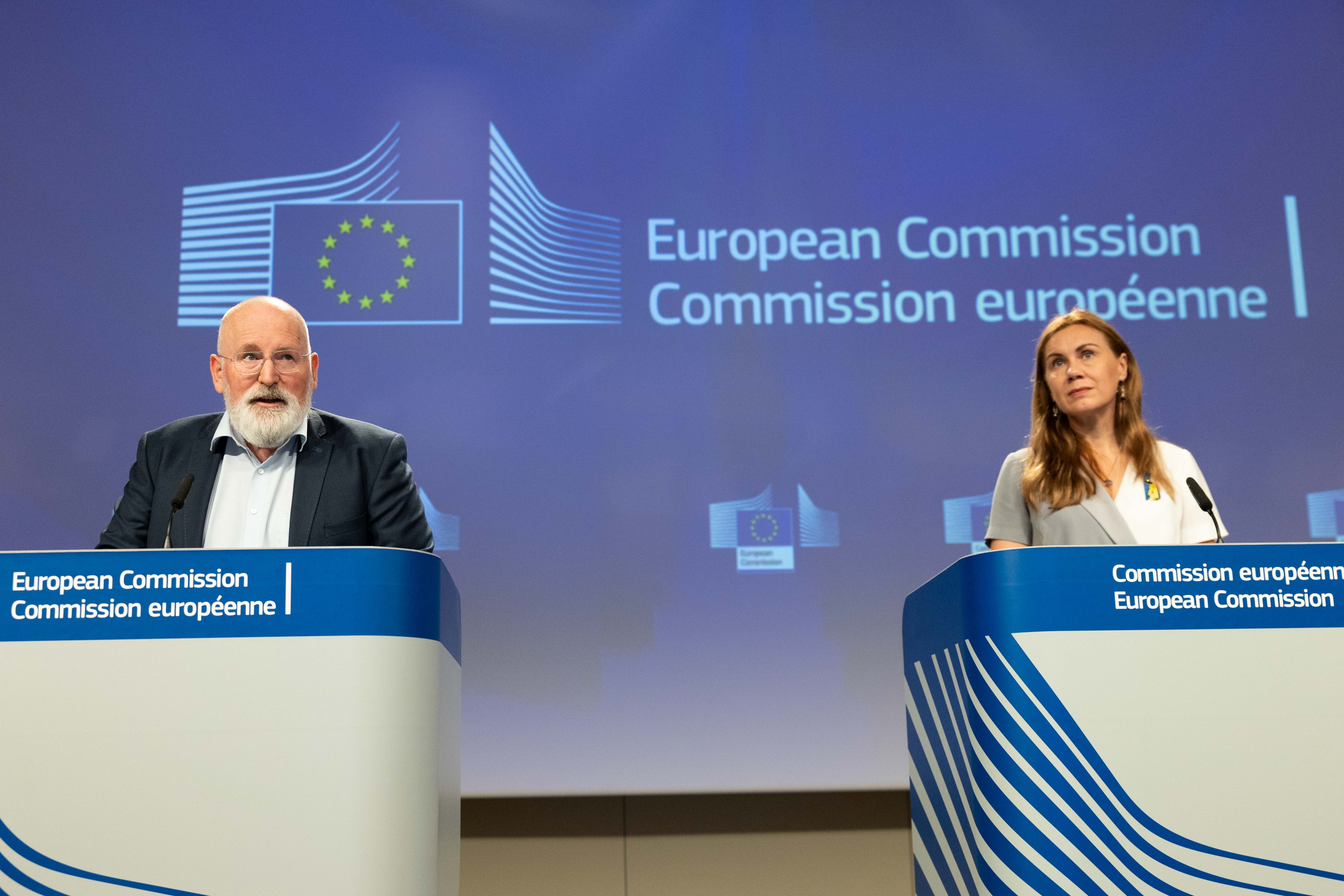 SolarPower Europe’s flagship Global Market Outlook for Solar Power finds that, for the 9th consecutive year, global solar power has broken its annual installation record with 168 GW of new solar PV capacity in 2021. In 2022, global solar is expected to continue the decade-long record-breaking streak, installing more than 200 GW of solar for the first time.

Energy Ministers from Austria, Belgium, Lithuania, Luxembourg, and Spain have signed a letter to the European Commission asking for higher EU solar ambition – including at least 1 TW EU solar by 2030. 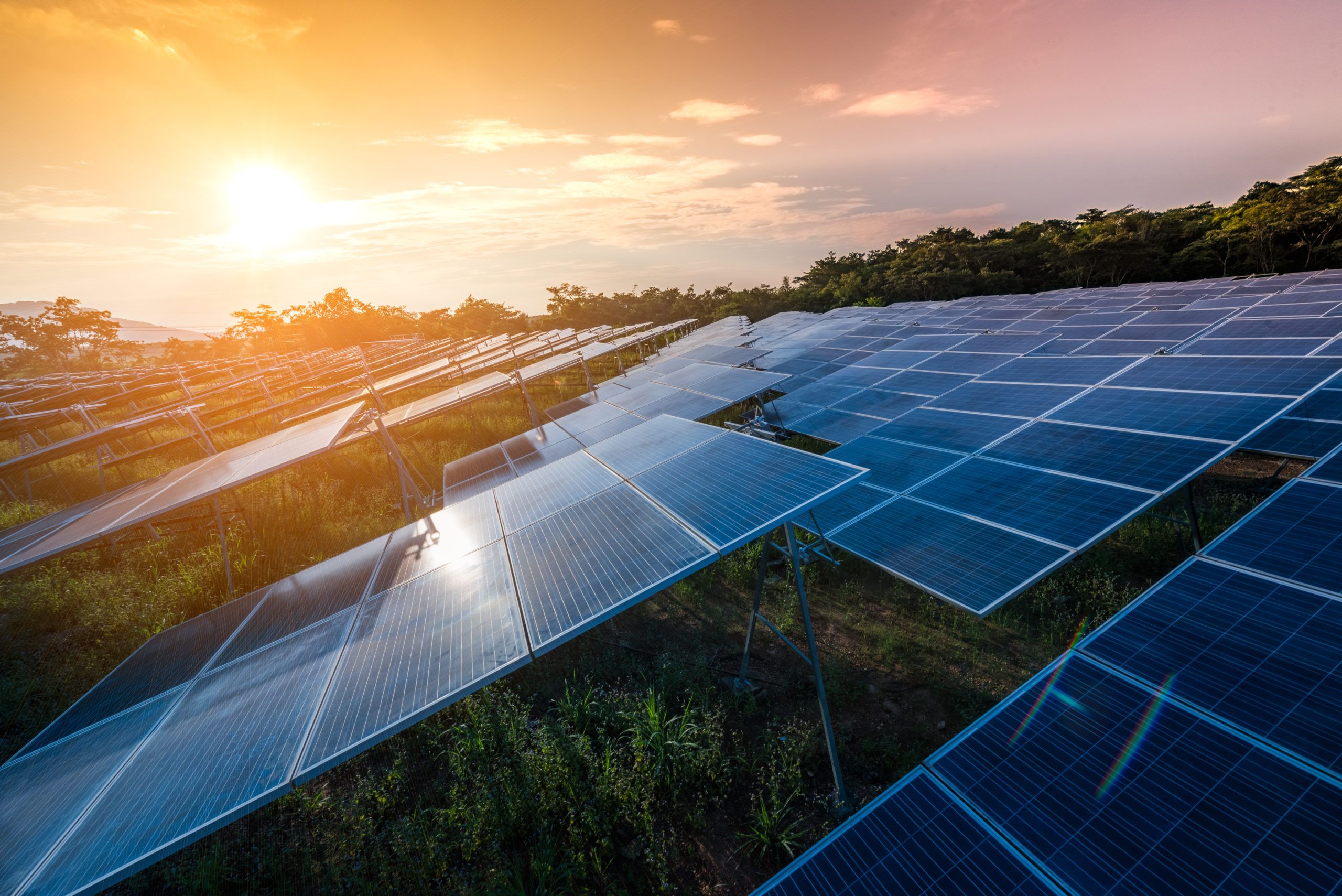 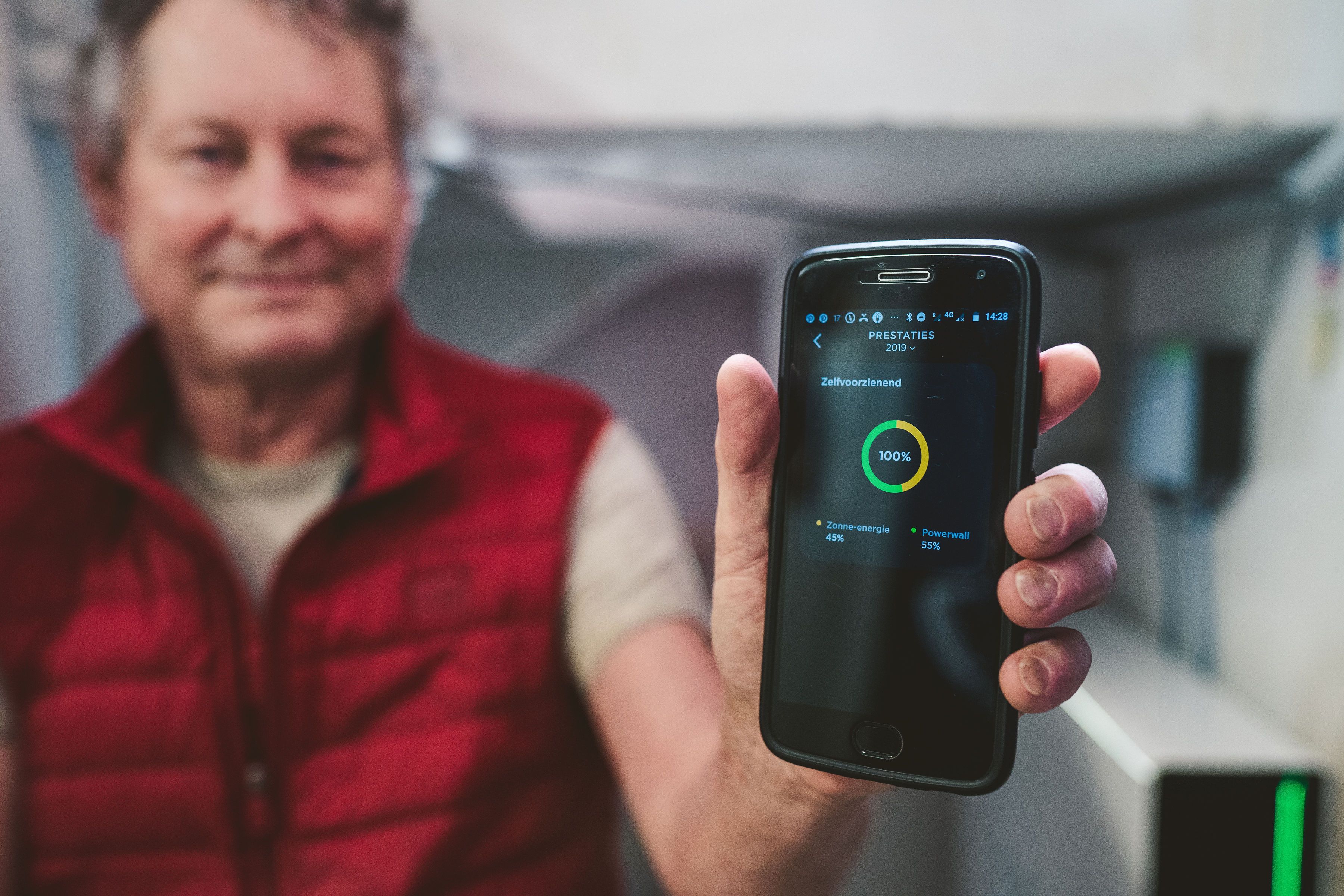 Open letter calling on the European Commission to recognise energy storage’s crucial role for the security of energy supply in Europe. 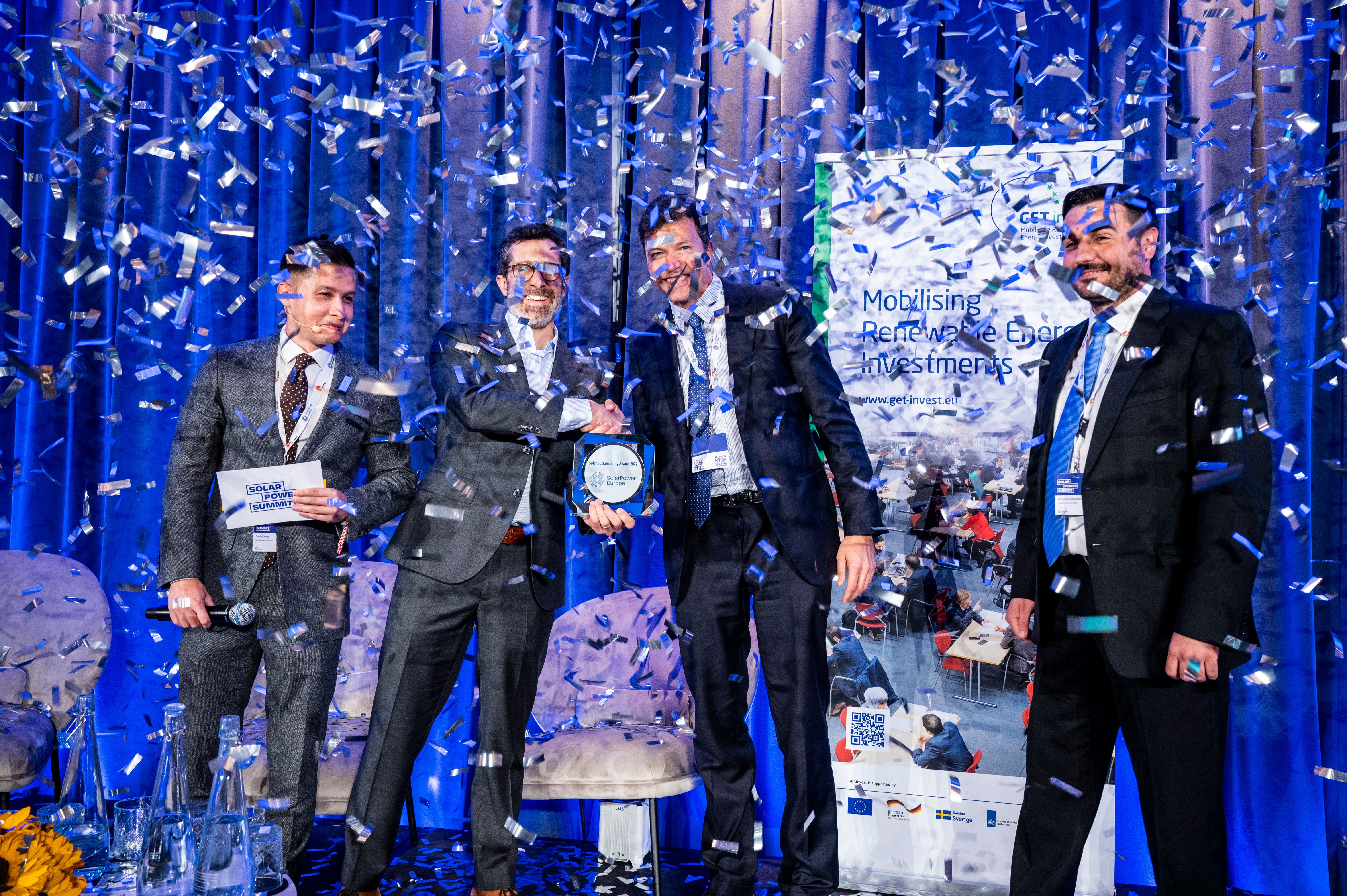 At the conclusion of the SolarPower Summit 2022, participants took time to celebrate solar excellence through SolarPower Europe’s awards for outstanding contribution to the sector in the area of sustainability.

At the conclusion of the SolarPower Summit 2022, participants took time to celebrate solar excellence through SolarPower Europe’s awards for outstanding contribution to the sector in the area of innovation. 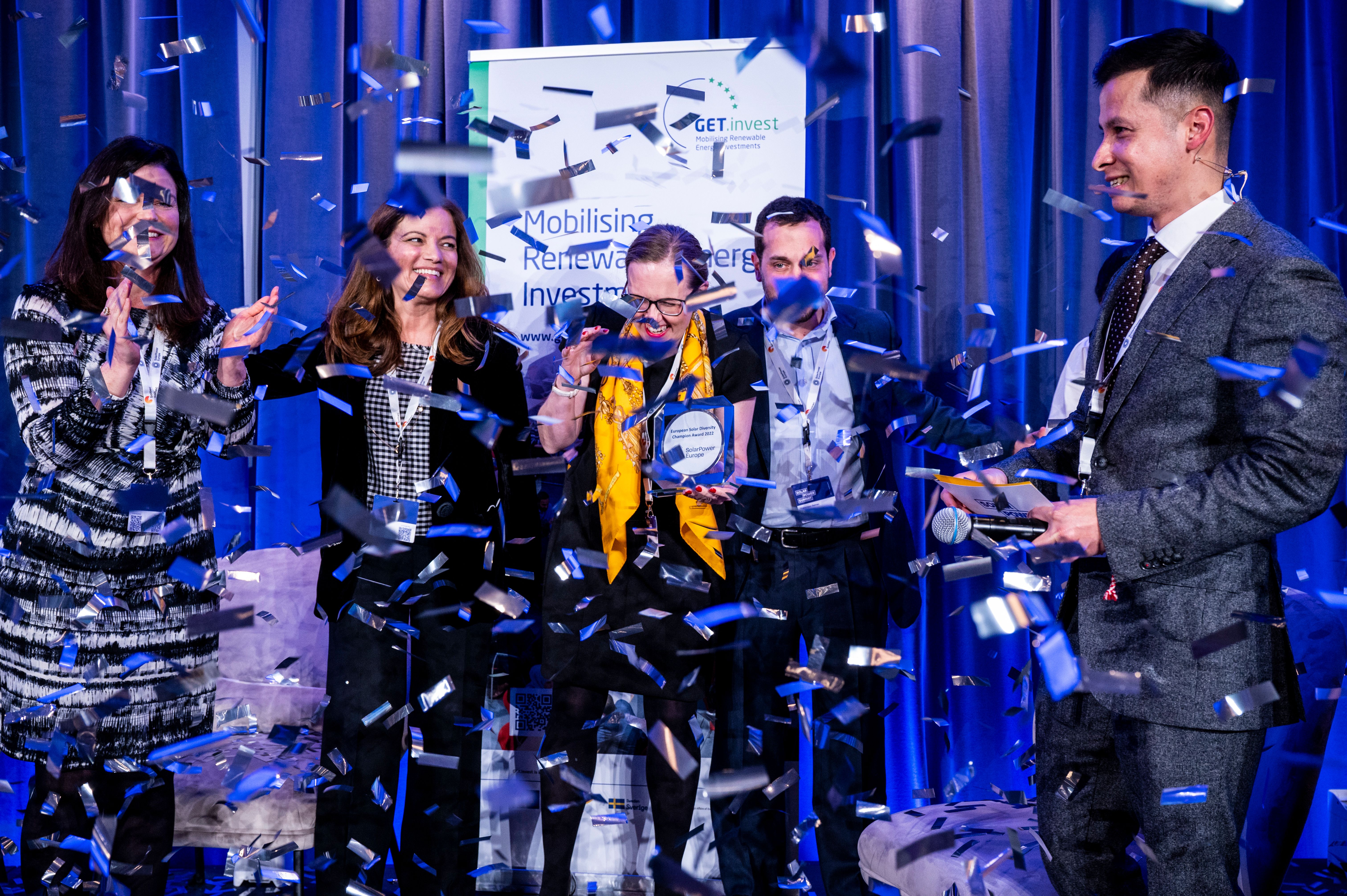 At the conclusion of the SolarPower Summit 2022, participants took time to celebrate solar excellence through SolarPower Europe’s awards for outstanding contribution to the sector in the area of diversity and inclusion. 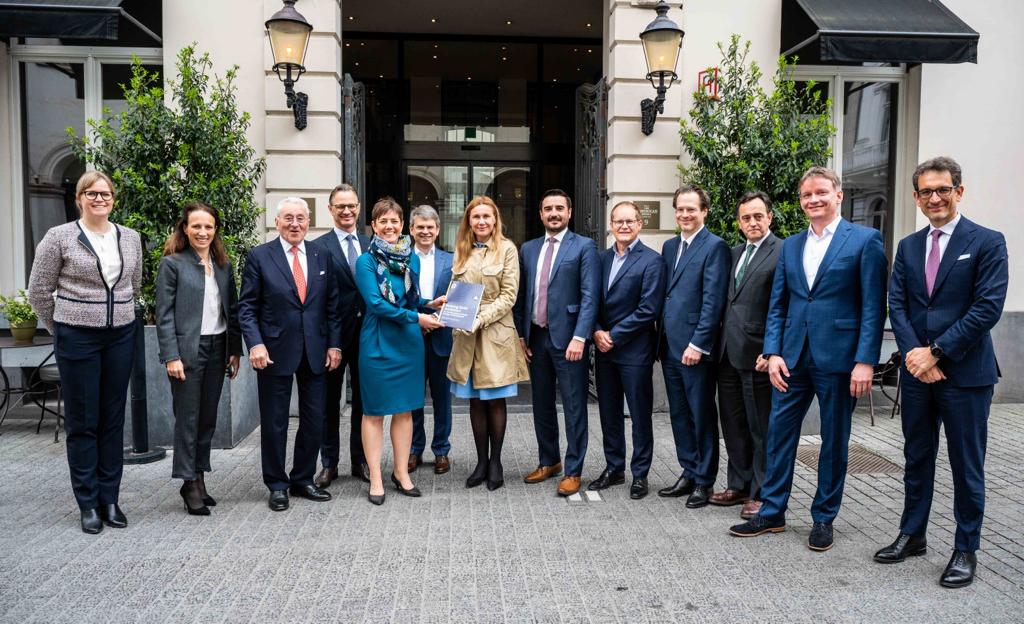 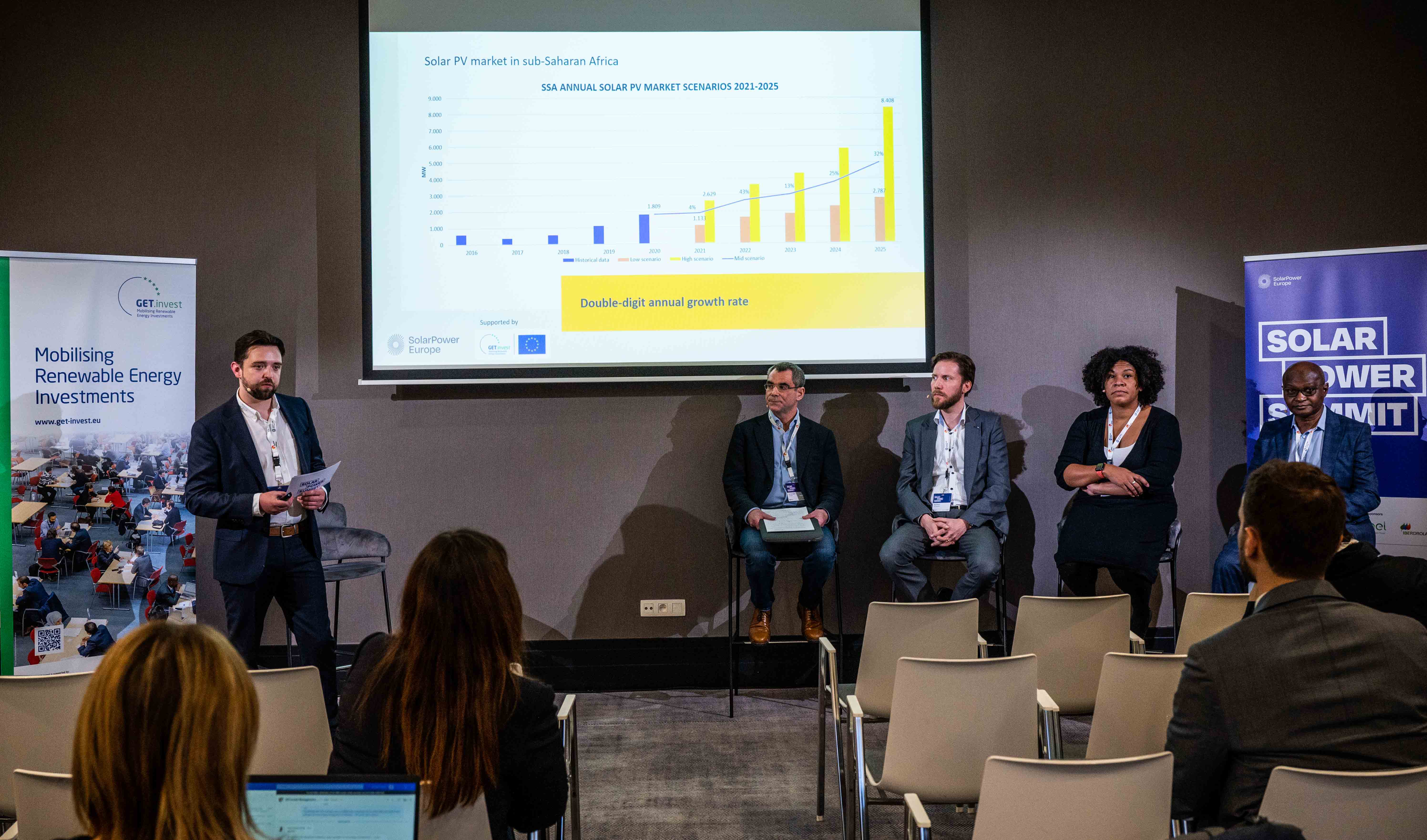 Supported by GET.invest, SolarPower Europe has launched best practice guidelines for the engineering, procurement, and construction (EPC) of solar projects in Sub-Saharan Africa. 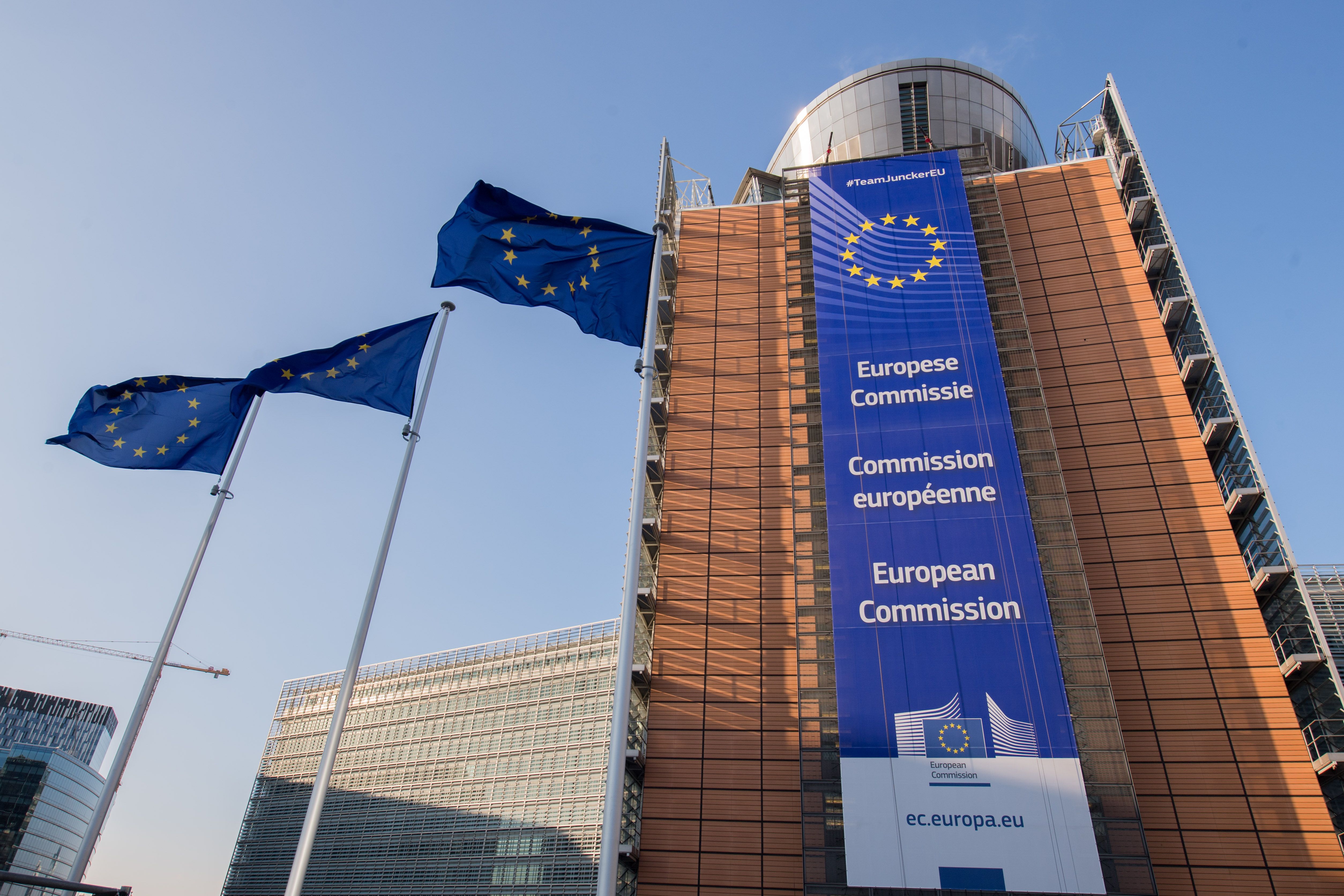 SolarPower Europe issues statement in response to the European Commission's 'Communication on security of supply and affordable energy prices'. 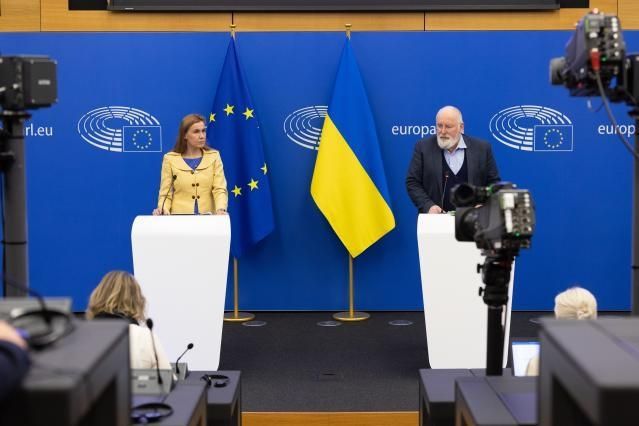 RePower EU with Solar: The 1TW EU Solar Pathway for 2030

Following on from their ‘toolbox’ on high energy prices in 2021, today the European Commission set out a highly anticipated RePower EU Communication

Major solar industry stakeholders gathered in Brussels, under the French EU Presidency, to set out how a renewed European PV industry can address the climate and energy security challenges that the continent is facing. 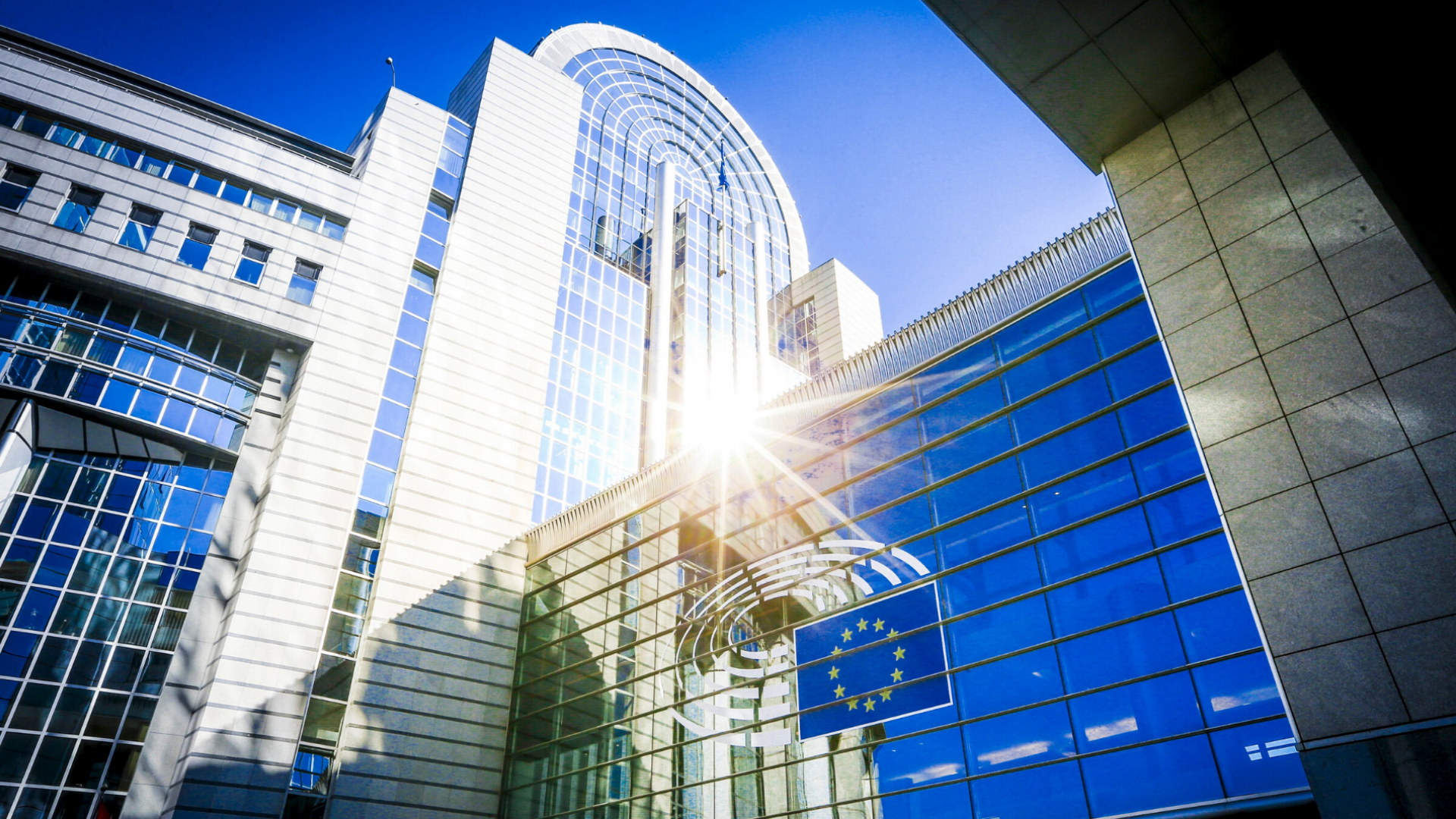 In line with the #Yesto45RES campaign, today the European People’s Party Group in the European Parliament have endorsed a minimum 45% renewables target for the EU for 2030. 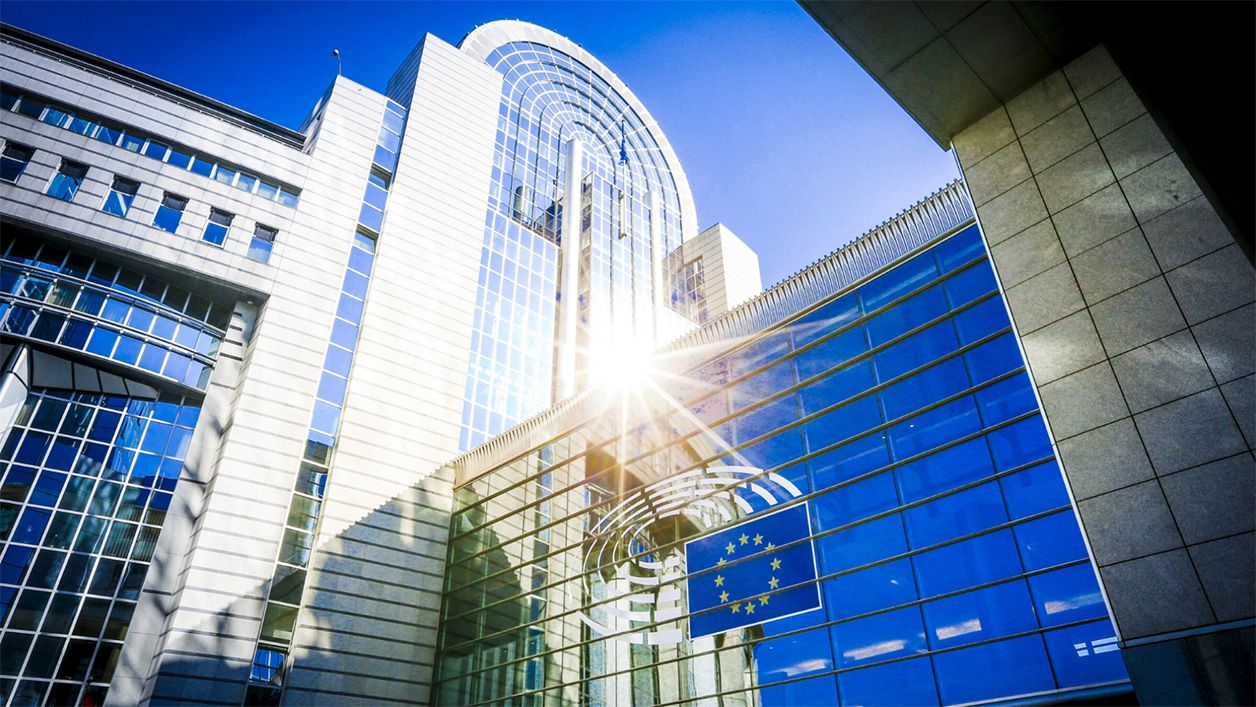 Rapporteur on the amendment of the Renewables Energy Directive (REDIII), Markus Pieper MEP, has published the draft report with proposed amendments to the REDIII. 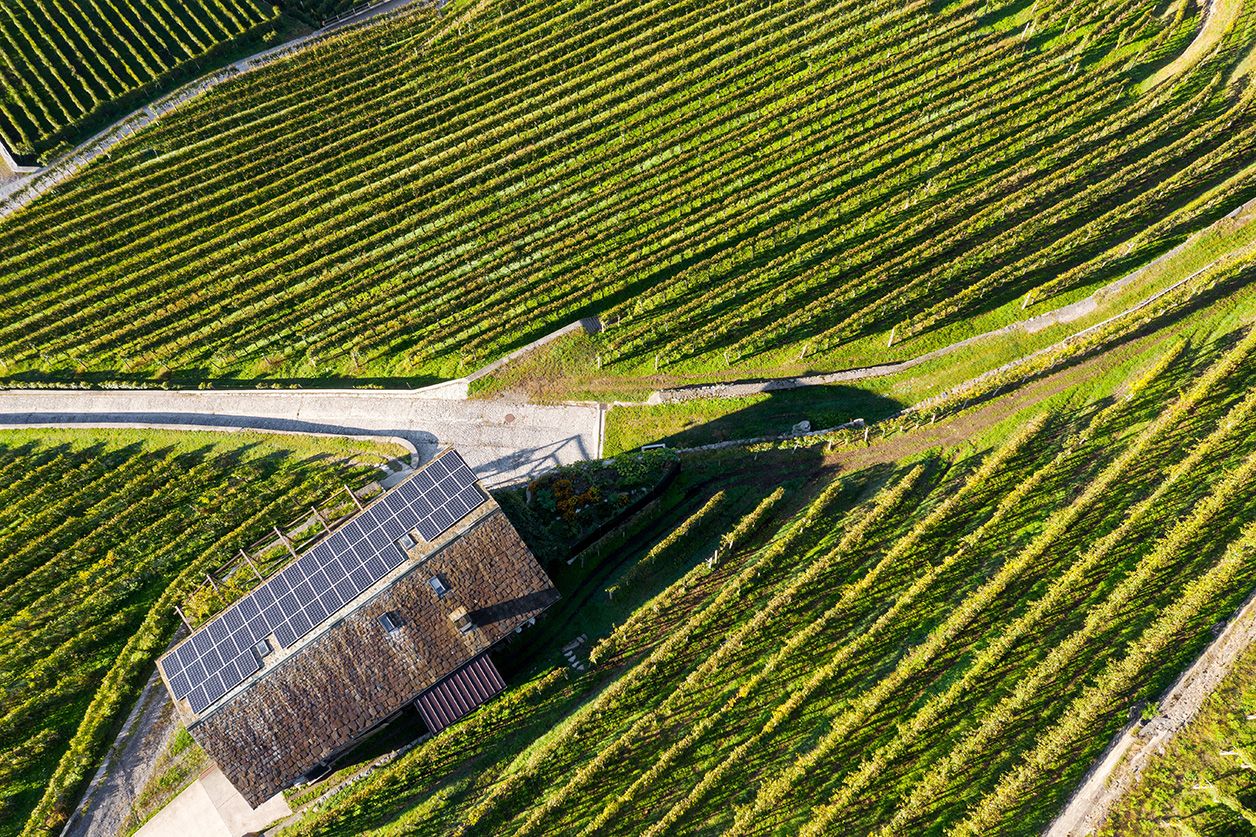 We appreciate that the purpose of the Law Decree 04/2022 is to limit the negative impacts of rising energy prices, which is primarily due to the sharp increase of gas prices, on the Italian economy and energy consumers, and we support this intention. 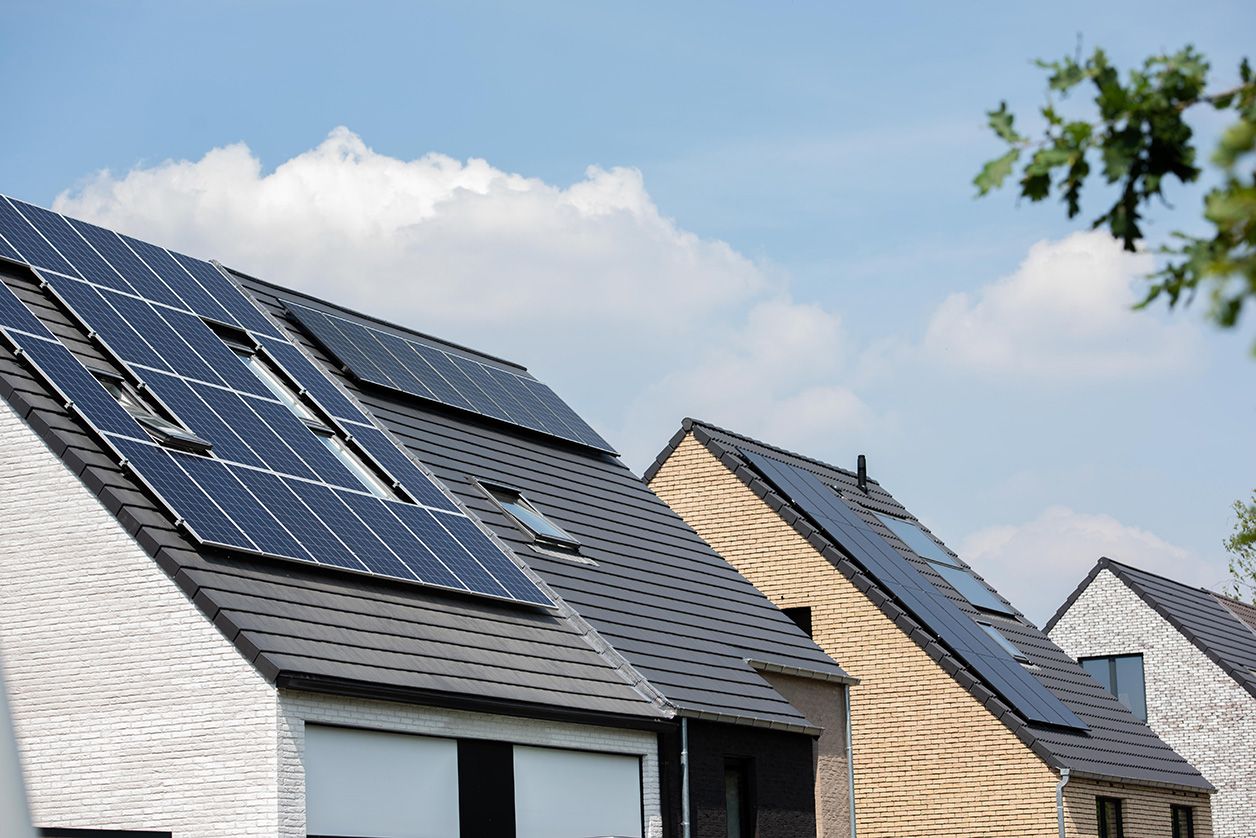 In partnership with other renewable energy and city associations, with the endorsement of scientists, SolarPower Europe is calling to endorse a minimum 45% renewable target by 2030... 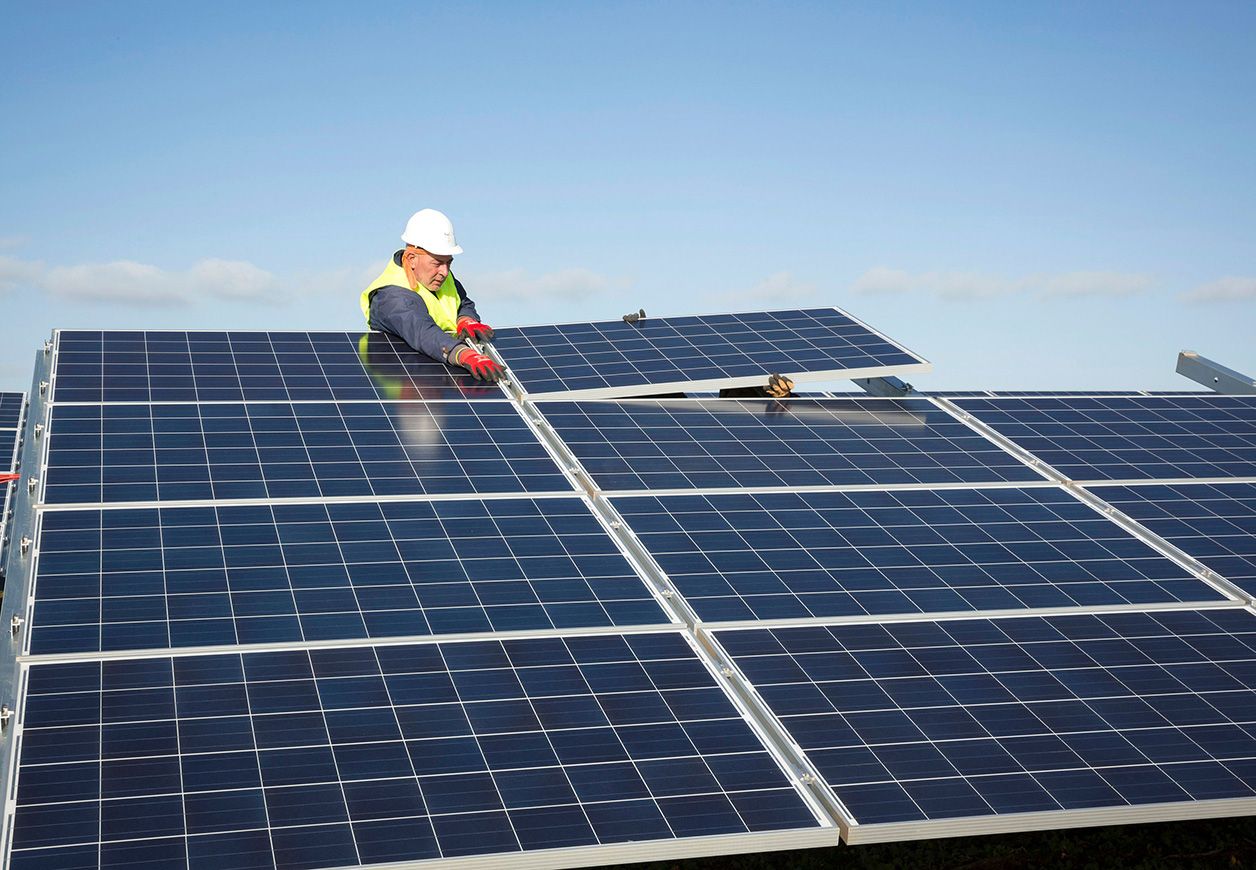 The solar industry has experienced spectacular growth over the last decade. While the market takes advantage of this unprecedented opportunity for growth, the challenge is how to ensure the long-term quality...